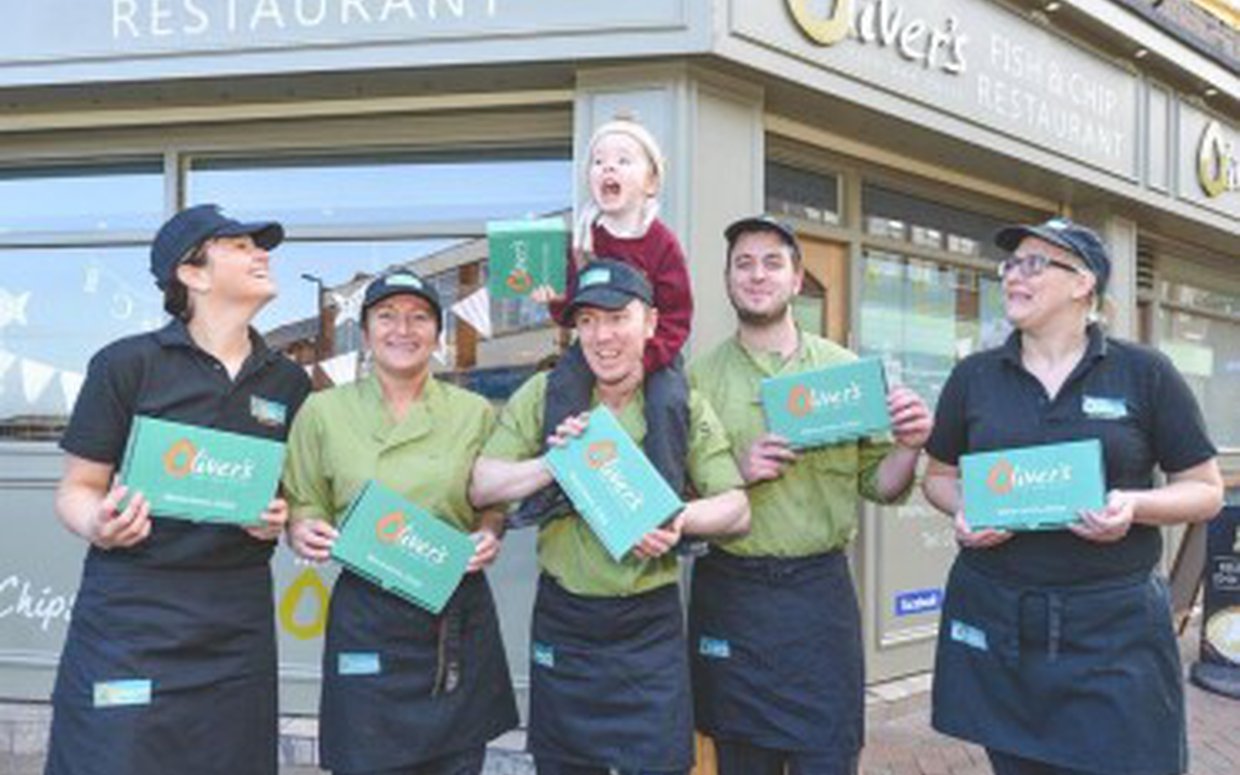 AN award-winning Redcar fish ‘n’ chips restaurant and takeaway business has celebrated a new £150,000 expansion by hitting the town’s number one spot on Trip Advisor ratings.

Oliver’s Fish and Chips has increased its workforce to 16 with the recruitment of more staff for its new takeaway following expansion work that took four months to complete.

Having bought out neighbouring ‘chippy’, Jac’s, Oliver’s owners Mike and Helen Roberts carried out an extensive renovation on the property, which stands just yards away from its existing restaurant.

The new building has allowed the family-run business to convert its former takeaway into a spacious, state-of-the-art kitchen to cater for customers within its renovated 60-seat restaurant.

The renovations and expansion continued a pattern of investment by Mike and Helen since they purchased what was a long-established takeaway four years ago.

They previously invested £70,000 on their restaurant and last year carried out a refurbishment to the second storey of the eaterie, creating a large new window to give customers a sea view whilst enjoying their fish and chips.

The completion of the work has coincided with Oliver’s – one of Teesside’s only eateries to receive a ‘Certificate of Excellence’ from Trip Advisor – achieving top spot of 87 Redcar restaurant, cafes and takeaways rated on the online review website.

Co-owner and head fryer Mike said: “This was our biggest ever investment but it gives us an opportunity to build further on our reputation for excellence.

“Hitting the number one spot on Trip Advisor gave everyone at Oliver’s a massive boost. We have a hard-working, professional team and we’re confident we deliver great food and service but the online ratings are by the people whose views count the most – our customers.

“We set out to be the best but seeing us at number one gave us a massive buzz because it says we’re outperforming not just our fellow fish and chips shops but all of the town’s traditional restaurants, cafés and takeaways too.

“We thank our regulars for their patience during our 15-day closure during the restaurant refurbishment. Thankfully, we’ve had fabulous feedback about the entire renovation.

“We always wanted to expand the takeaway but had never had the opportunity to do so until we had the chance to buy out Jack’s. As we’re now operating two separate services, we can provide a faster service and even better quality, as we’ve taken the pressure off the fryers, who were previously cooking for both the restaurant and takeaway.”

Named after Mike and Helen’s son, last year Oliver’s became the only chippy on Teesside to achieve certification from the Marine Stewardship Council (MSC), the strongest independent guarantee that fish is from healthy stocks and caught with minimal damage to the marine environment.